As part of a quick visit to Denver to see the Elton John Farewell tour, we thought it would be fun… and different… to travel by train and take the California Zephyr home to the Bay Area.  Amtrak is the United States passenger train service.

The California Zephyr is a popular route on Amtrak from Chicago to San Francisco (Emeryville), stopping in Denver, Co., supposedly daily.   We booked a sleeper car since the trip from Denver to Martinez (the stop closest to our home) is supposed to take around 30 hours.

This post may contain affiliate links. That means that if you click and buy, I may receive a small commission (at zero cost to you). Please see my full disclosure policy.

You may have heard that train travel in the States is not a popular form of holiday travel.  Yes, many people in the North East use the trains for commuting, and even in California, we have the Capitol Corridor and the ACE (Altamont Commuter Express) which are reasonably reliable.

However, this is the 2nd time we have tried to take the California Zephyr line.  Last summer we were booked on the leg from Reno to Martinez.  The train was over four hours late.  We ended up renting a car and driving.

There are many good things to be said for train travel, no TSA lines for a start! Magnificent scenery, a relaxed trip, and some very nice people.  The Sleeper Cabin may not be one of those “good things.”

We got situated into our cozy (and boy do I mean cozy) 6’ x 7’ sleeper cabin equipped with sink and toilet/shower and began the journey.

Accommodations are definitely not four stars. Summer camp might be a better comparison.  The sleeper cars are generally quiet; however, you can hear the conversation of everyone in the cabins next to you, keep that in mind.

Amenities on the Train

Amtrak includes dining for passengers with sleeper accommodations; our first meal was lunch.  The food is just above cafeteria grade, and I’m talking high school cafeteria, not Hi-Tech Cafeteria.  The menu is the same every day.  So, if you are on the train for more than one lunch, you will likely have the same food.

You may see ads touting the joys of train travel. Note these are not ads for Amtrak! There is no fancy dining car with linen tablecloths, no chateaubriand, and no champagne.

The dining car is small, and the staff uses every available tabletop.  The table setup is a four-seater booth.  The table “cloth” is a large piece of butcher paper (actually several sheets stacked one on top of another).  There is no fancy dinnerware in the dining car,  plastic plates, paper napkins, and condiments in single-serve plastic pouches are more the setting.

If you are a party of two, don’t expect a table to yourself, you will be seated with other passengers.  This seating may be useful if you are generally an extrovert, maybe not so good if you are an introvert.

There is also a “snack car,” where you can buy cookies,  candy, and other such stuff.  However, this car kept shutting down for long periods, so you never knew if it was going to be open.  The waitstaff in the dining car and the snack care were generous and kind to all their passengers; it just seemed there were not enough staff.

Entertainment on the Train

There is no entertainment on board the train. In the observation car, there may be a speaker who will talk about the area you are traveling through. But the real entertainment on the train is the scenery out the windows.

After night falls, the scenery goes away. With this in mind, My DH and I had downloaded shows to watch on our iPads and did this after dinner.  Once the shows were over, and we were ready for bed Robert, the porter on board, came to make up our beds.  One lower berth and one upper, I generously elected to take the upper.

Sleeping on the Train

These are not comfortable accommodations.  The mattresses were unyielding, and the pillows were lumpy… Also, the width of the berth is about that of a camp cot.  So, if you toss and turn as I do in bed, make sure you use the restraints provided, or you might find yourself over the edge

In spite of the uncomfortable bedding and I think mostly due to the rhythm of the train, we both slept through three stops, Provo, and Salt Lake City, Ut, and Elko, NV.  There is a reason NASA invented memory foam materials … Amtrak should use them!

The train respects and enforces quiet time from 10 pm to 7 am. There are no announcements made during this time, and the crew keeps those insomniacs on-board rounded up in the lounge car.  None the less, around 6:00 am I had to use the restroom.  I put it off as long as I could but finally climbed down from my bunk.

My husband took pity on me then and encouraged me to lay down with him on his slightly larger, slightly softer lower berth.  We rested for about another 45 minutes.  Then got up, cleaned up, and dressed for the day.  Neither of us was adventurous enough to use the shower, although both of our neighbors did.  As I said, you can hear everything.

The day before, we had traversed the Rockies in Colorado, and this morning we were set to head through Nevada and eventually over the Sierra Nevada’s.  It is the dead of winter (February), and there have been several storms.  When we arrive just outside of Reno, the conductor announces that we will need to pull over for a bit to wait for our “escort” from Union Pacific.  The “escort” is a snowplow engine that will lead us over the summit and down into Colfax, Ca.

I am not a skier, so I don’t head up to the mountains in California during the winter very often.  I didn’t know what the mountains could be like on a snowy winter day.   However, there was more snow on the ground and falling from the sky than I’ve seen in decades.  It was gorgeous.

Why People Travel by Train

All this weather and being on a passenger train in the US made our trip much longer than it should have been.  Many of the other passengers we met on the train, use trains regularly and sincerely love the old school travel.

One experienced train traveling gentleman had traveled from New Orleans on the “City of New Orleans” to Chicago, then got on the “California Zephyr” (our train) and planned to transfer in Emeryville, CA to the “Coast Starlight” heading up to Tacoma, WA.  This trip will take him a total of 5 full days…. He could have flown in maybe five hours plus an hour and ½ on either end for wait time at the airports (5 + 3 = 8), but he chose the train — a true reflection of “travel,” not the “destination” is the “journey.”

Another woman we dined with told this story. Every other couple of weeks, she has to travel from California to Colorado to care for her aging father. Between caring for her father in Colorado and her husband and kids in California, she rarely has time by herself and for herself. She chooses to make alternate trips on the train to get the much needed “her time.”

Reflections on the California Zephyr

Traveling on the train made me reflect on how far away places are.  I also reflected on the journeys our ancestors made as they moved from one great city to another.  They must have really wanted to get to where they were going to undertake such a journey.   Including the initial delay in Denver and the slow down in the mountains, our total time invested was about 35-½ hours, just about five hours longer than we originally planned.

On our journey aboard the California Zypher, we crossed over the “Rockies.”  We went “through” the Continental Divide, via the Moffat Tunnel, where we were simultaneously in the highest tunnel in the United States (9,329 feet above sea level) and still 3,000 feet below ground.  We followed a mostly frozen Colorado River, climbed up the Sierra Nevadas, and cruised along the Truckee River.  We saw deer, elk, coyotes, horses, cows, ranches, and towns… and lot’s and lot’s of snow…

I’m glad we chose to travel by train and ride the California Zypher. All things being equal though, I’m not sure I would sign up again…at least not for a while… 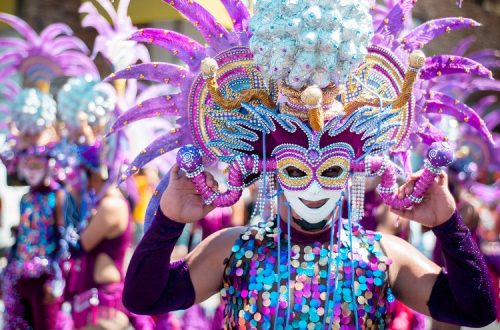 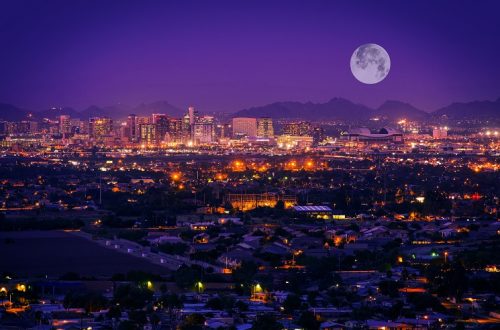 Entertaining Things To Do In Phoenix – More Than Spring Training 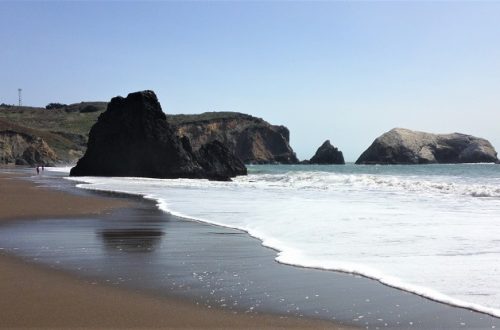 The Marin Headlands – Great Adventure for All Ages

This website uses cookies to improve your experience while you navigate through the website. Out of these cookies, the cookies that are categorized as necessary are stored on your browser as they are as essential for the working of basic functionalities of the website. We also use third-party cookies that help us analyze and understand how you use this website. These cookies will be stored in your browser only with your consent. You also have the option to opt-out of these cookies. But opting out of some of these cookies may have an effect on your browsing experience.
Necessary Always Enabled
Necessary cookies are absolutely essential for the website to function properly. This category only includes cookies that ensures basic functionalities and security features of the website. These cookies do not store any personal information.
Non-necessary
Any cookies that may not be particularly necessary for the website to function and is used specifically to collect user personal data via analytics, ads, other embedded contents are termed as non-necessary cookies. It is mandatory to procure user consent prior to running these cookies on your website.
SAVE & ACCEPT
0 shares